27 years ago, a Navy helicopter crashed on rugged Montara Mountain, just south of San Francisco. A memorial plaque was placed and a redwood seedling was planted. The location was then largely forgotten.

It was recently rediscovered, by a hiking friend, with the help of some local people, who had been looking off-and-on for 15 years! It took several trips, into steep terrain. The plaque was found buried under 6 inches of mud, and the redwood seedling is now 30 feet tall.

The finder is in communication with the Navy squadron from Alameda, the Golden Gate National Recreation Area, and a few friends and family of the flight crew. They are grateful for the rediscovery, clean-up, and adding to the memorial site!

The site is very steep, off-trail, and has large amounts of Poison Oak! The general public is not encouraged to visit at this time. It would be great if the GGNRA were to make an official trail to this area, and officially recognize the site!

Below: The beginning of our climb out of San Pedro County Park, which was a long one-way hike, past the crash site, to Moss Beach.

Below: A scarce plant, nicknamed “Footsteps of Spring” https://en.wikipedia.org/wiki/Sanicula_arctopoides

Nearing the top of Montara Mountain (North Peak, I think!) 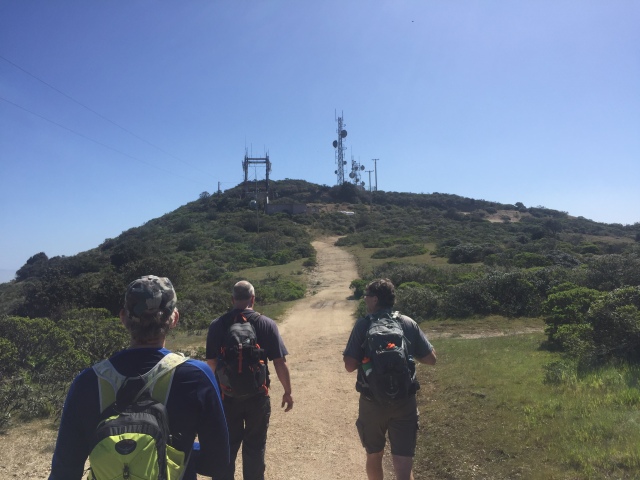 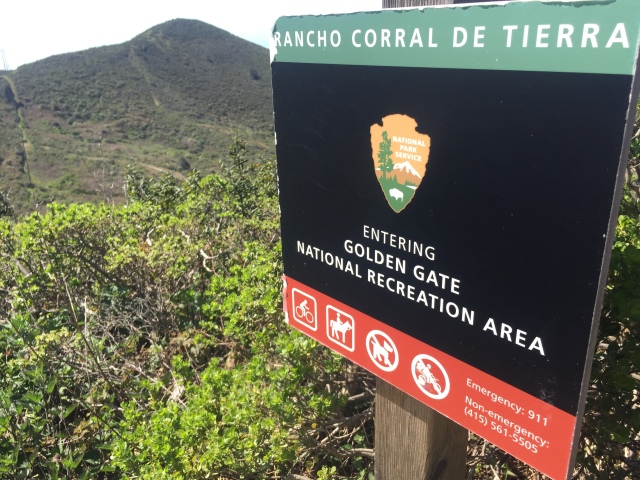 Pointing at the World Famous “Maverick’s” surf break. The waves can be 60 feet (18 meters) during winter storms https://en.wikipedia.org/wiki/Mavericks,_California 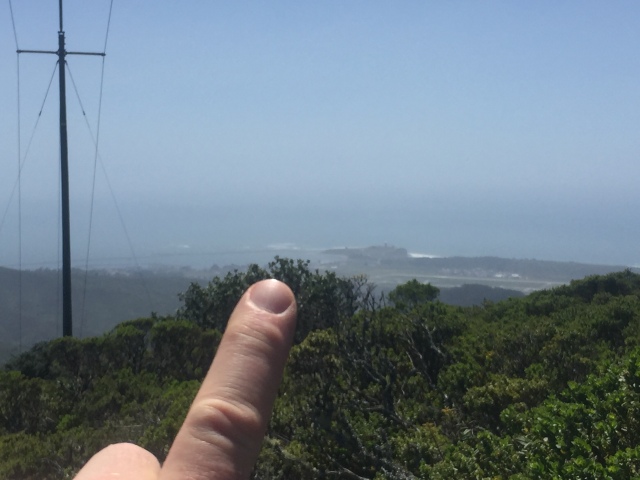 Recently added to the crash site:

The 30 year old redwood seedling, on the left, at the crash site. It has apparently spawned 2 babies, in an area that doesn’t have any other redwoods. 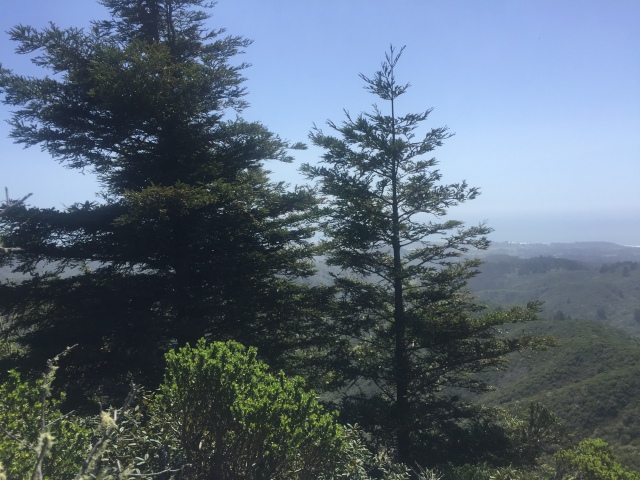 The original plaque, which was buried in mud. A little hard to read.

Near the end of our hike, looking towards the Half Moon Bay Airport, with the military radar dome and Maverick’s surf break to the rear.

That’s it! It’s a great area to hike. Check the weather and brings lotsa water!