(December 2018 update: An interesting video of the Daybreak School, that operated here in the 1970’s https://vimeo.com/19770829 …and, yes, the bulldozers have arrived and they are preparing to open the site to the public.)

How much do you know about the “Bear Creek Redwoods Open Space Preserve”? It’s right off Highway 17 and Bear Creek Road, just above Los Gatos, California.

Well…it’s not open to the public yet, but it’s very easy to get a permit to visit and it’s a very interesting place!

(Get your car’s license plate number and apply here a few days in advance: http://www.openspace.org/visit-a-preserve/permits/general-access-permits )

Why is it interesting? Well it was the site of a wealthy individual in the early 20th century. He had extensive fountains and a man-made waterfall. It was then sold to the Jesuits around the time of the Depression and was home to “Alma College” until 1969. There was then a small private school there for a few years, then it passed through the hands of  few owners. Since 1999 it’s been owned by the Midpeninsula Open Space District (“Mid-Pen”), which is taking the slow steps to open it to the public in 2019. Read about those efforts and more history here: http://www.mercurynews.com/2016/09/24/redwood-forest-near-silicon-valley-with-rich-history-to-be-opened-to-public/

Why am I blogging about it? Two reasons: (1) GO SEE IT before the bulldozers arrive. Mid-Pen is proposing to demolish all the buildings except the main chapel and library building. and (2) when I was there recently, we met someone who offered a collection of historical photos from when the Jesuits were there. She didn’t know the origin of the photos, but they do seem like they were taken by the Jesuits. If you know anything more about them, send me a comment (link at bottom). I’d like to give credit where credit is due, and maybe learn a bit more.

Anyway…back to YOUR upcoming visit and the photos.

After you enter the gated parking area, you’ll be in a small parking area. It used to look like these photos (below), but not any more! Note the pond in the background. 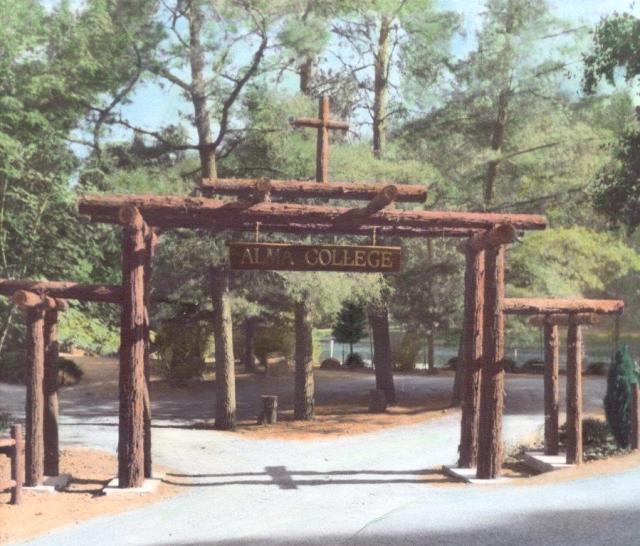 From there, walk straight back, with the pond on your right, and you’ll see a lot of fenced-off derelict buildings.

Study the roofline of the photo above and the photo below. Same building!

I believe this current photo (below) is the chapel building

The chapel building (below). Again, study the roofline to be sure you’re looking at the same building!

More of the chapel (below), during a rare snowfall:

More of the chapel, with the flagpole in the background, near the entrance area: 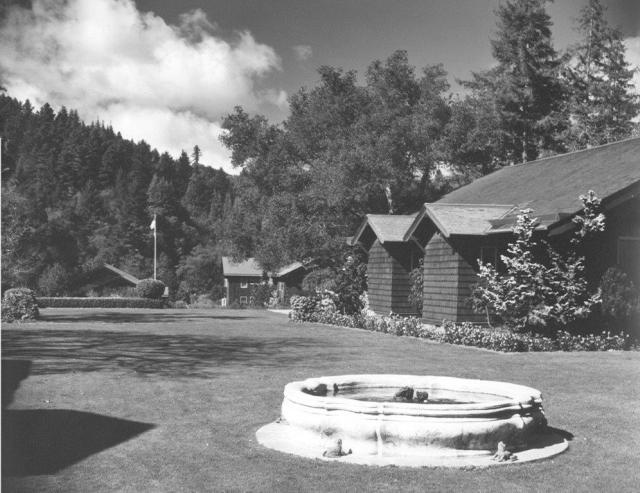 Towards the rear of the main cluster of buildings, you’ll see these brick columns:

I believe the above brick columns match the following three pictures. This place was beautiful “back in the day”! 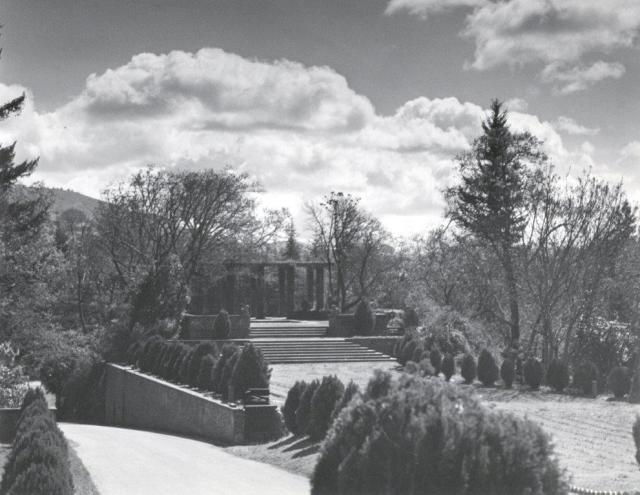 Below, I believe, is the library building. (Photo credit: Sharon Lum) Notice the tall, smashed windows, then look at the second photo below. See also pictures #7 and #31 in the Mercury News article.

Below are a few more historical pictures of the grounds, including many of the same buildings, as well as the pond, which is at the right foreground of the main buildings. 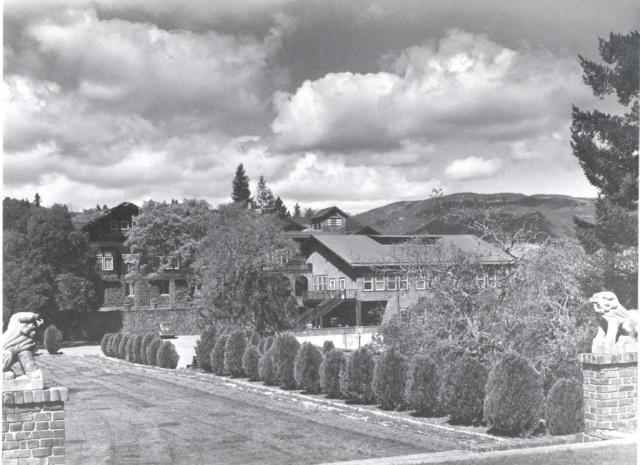 The picture below, dated 5/5/1942, is in front of the chapel. An interesting rumor that I heard from this individual we met, was that the hilltop at the back of the property had a ham radio antenna, which received the first mainland report of the attack on Pearl Harbor. Is that true? Quicker than military communication channels? Who knows for sure, but I did send a comment to Mid-Pen suggesting that be investigated as part of the current historic assessment of the property.

My advice is to go see it now, including walking counter-clockwise around the main buildings, onto the lower road. From down there, you’ll get quite a view of these (potentially historic) structures, as well as what looks like a huge (dry) man-made waterfall.

The adjacent historic stables, mentioned in the Mercury-News article, have an active Facebook page and some great programs! https://www.facebook.com/Friends-of-Bear-Creek-Stables-711644242283830/timeline

That’s it! If you have anything to add, please send me a comment. (Comments are reviewed by me, before publishing. If you wish to send me a note, that won’t be published as a comment, that works too!)