Washouts in the Hills, Flooded Coyote Creek down below!

It’s been about 3 months since my last blog post. Why? Well, three reasons: I’m working 5 days a week now, I’m short of ideas within an hour of home, and the weather has been, um, “interesting”!

Below is a photo of Skyline Boulevard (Highway 35) near Castle Rock State Park. It’s a major thoroughfare in the Santa Cruz Mountains. This will NOT be repaired quickly. It’s about 200 feet deep and very wide. Look at the people on the other side and the downhill side of the slide. (This photo was widely spread on social media, without credit to the photographer. I’d be happy to add credit if anybody knows the source.)

I got a late start, and decided to stay out of the hills. I went to investigate the Coyote Creek Trail, by driving to Hellyer Park in San Jose and heading south by bike. Oops! I got about 1/4 mile on the trail, near the Hellyer Velodrome (which is a great place to see or learn cycling on a banked track http://www.ridethetrack.com/ ) 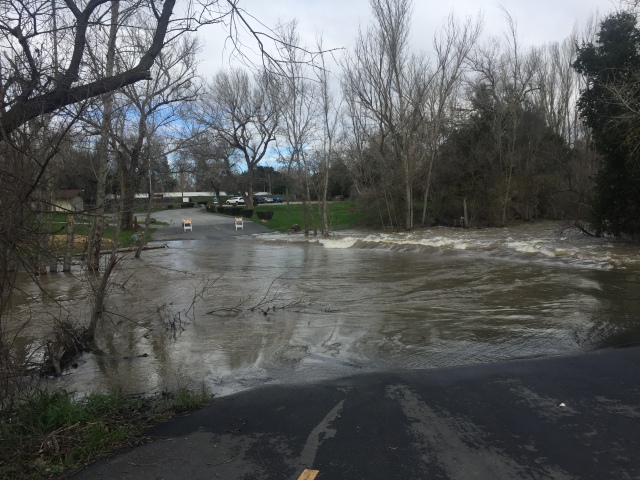 I checked my Google map, and found a way around, via a road bridge and a few residential streets. Here’s the view from the other side: Fast and deep. It might work for a high clearance vehicle, but it might not… 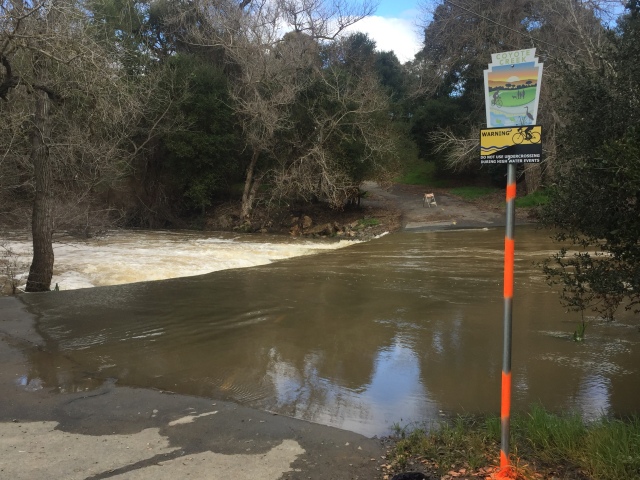 Notice, below, the Great Blue Heron. It’s tough looking for lunch when the water is murky and moving fast!

So..I managed a whopping 4 miles, round trip, until I hit fast water in both directions. (GPS track here: https://www.strava.com/activities/862955138 )

I put the bike in the car and headed south to where the trail crosses Bernal Road / Silicon Valley Blvd. About 2 miles of cycling northward, not too far from where I was before moving the car, deep water appears again. The creek is to my left, but spilling over at a depth of about a foot. Not moving dangerously fast, but I didn’t want to soak my hubs and feet.

After that turnaround, above, I headed south from Bernal Road / Silicon Valley Blvd, and got in a few good miles and a glimpse of (gasp!) BLUE SKY and flowers. 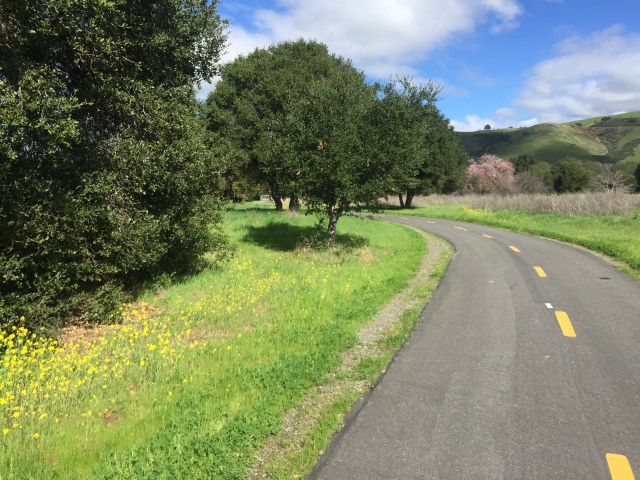 A little bridge, near the power plant and the small waterskiing lake. Usually a trickle in the summer.

Below is allegedly the geographical center of the county, as marked by some IBM engineers about 30 years ago. The background engraving says “Santa Clara Valley”.Parlez-vous ASCII? 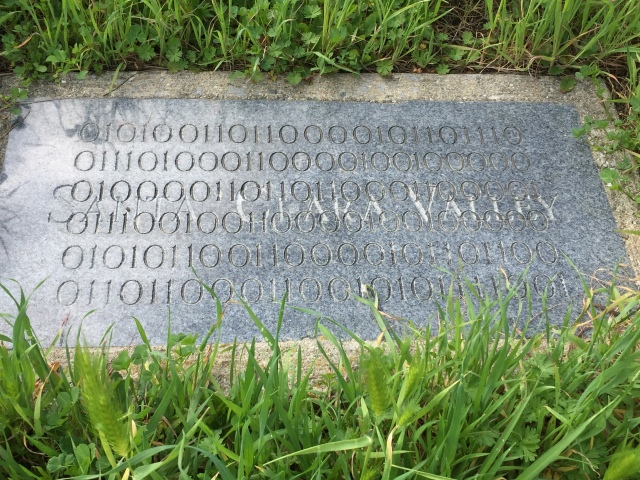 Oops! a little past the power plant and http://www.coyoteranch.com/ , north of Bailey Avenue, I came across more “deep and wide”. Back to the car! (My second GPS track of the day. I managed 13 miles, round trip, between the flood plains! https://www.strava.com/activities/863031910 ) 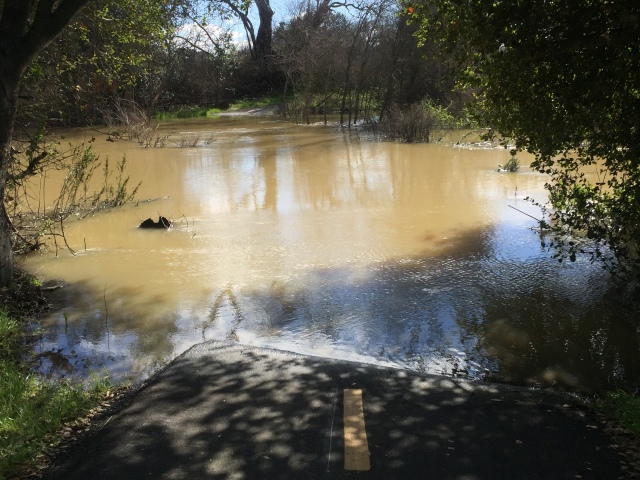 Back to the car, and a quick look at overflowing Anderson Dam, that’s releasing at the water you’ve just seen…followed by a stop at “The Running Shop and Hops” in Morgan Hill. 51 taps, nice people, and “BYOFood” or order from a nearby pizzeria for delivery.

That’s it! The mountains are crumbling and the lowlands are flooded. Maybe I’ll stay home and do a blog post and install TurboTax 2016!

1 Response to Washouts in the Hills, Flooded Coyote Creek down below!