If you’ve ever driven the coast between the funky surf town of Santa Cruz and the touristy location of the Monterey Bay Aquarium (http://www.montereybayaquarium.org/) and John Steinbeck’s “Cannery Row”, you’ve surely seen the Moss Landing Power Plant. …but, did you ever stop here to explore California’s abundant wildlife? 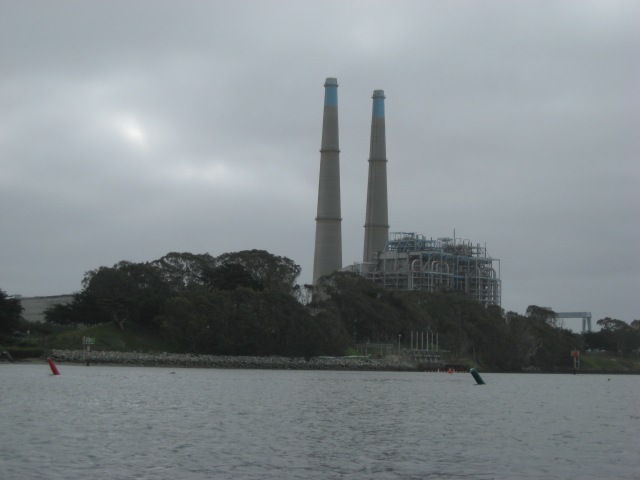 (The Moss Landing power plant has been in operation, using natural gas, since 1950. It appears to be quite environmentally safe, having been recently upgraded for cleaner emissions. Though I wonder where the 1.2 BILLION gallons of cooling water is discharged each day? In some places, like with the Manatees in Florida, there are interesting environmental effects of the warmer water near the discharge pipes. http://en.wikipedia.org/wiki/Moss_Landing_Power_Plant )

Anyway, back to the day’s adventure! I did a “walk in” rental from Kayak Connection http://www.kayakconnection.com/ and they were quite helpful and friendly. In addition, Monterey Bay Kayaks http://www.montereybaykayaks.com/monterey_and_elkhorn_slough/ is right next door. It’s probably wise to make a reservation during weekends and the summer holiday season. I had no problems on a gloomy weekday in March!

After a quick safety video and assurances to the staff that I’m an experienced kayaker, off I went! I paddled around the end of the dock, past a protected sandy beach with some seals and birds watching me. 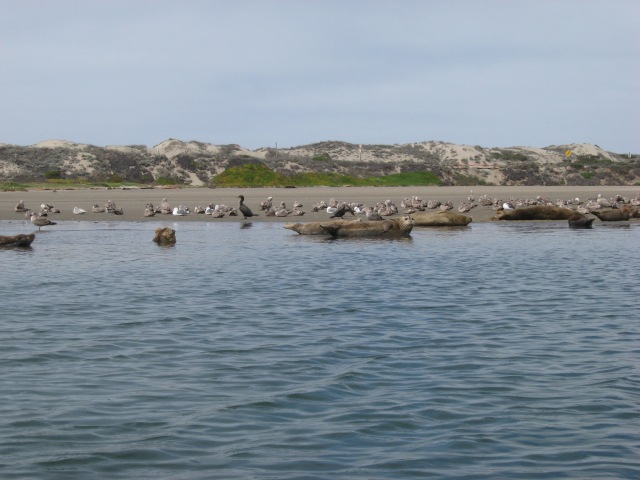 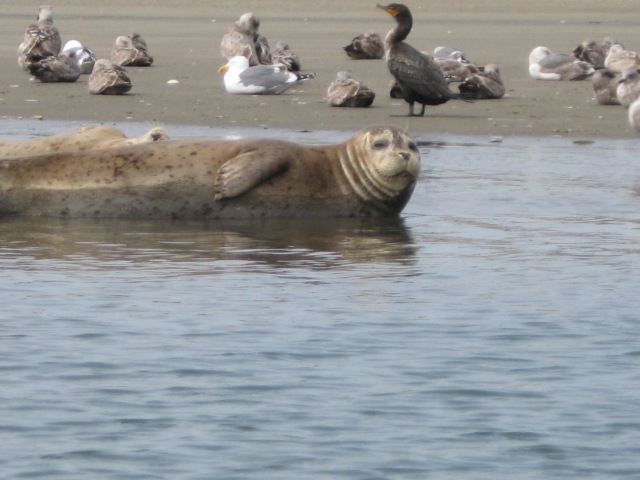 I paddled under the bridge, which is Highway 1, and headed east into the “open” water of the slough. 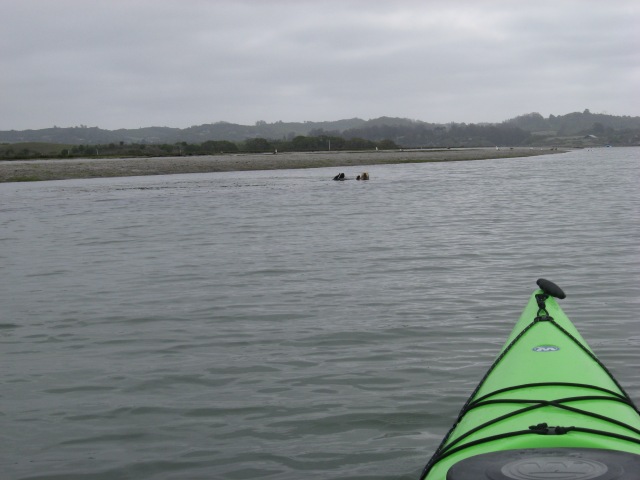 Pretty soon I became an item of interest to the seals…which, along with the otters, can actually try to board the back of a kayak! 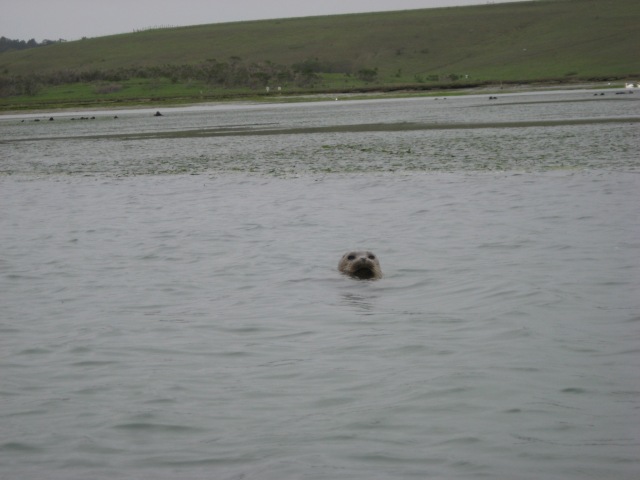 There were quite a few sea birds, as well as many of the incredibly cute sea otters: 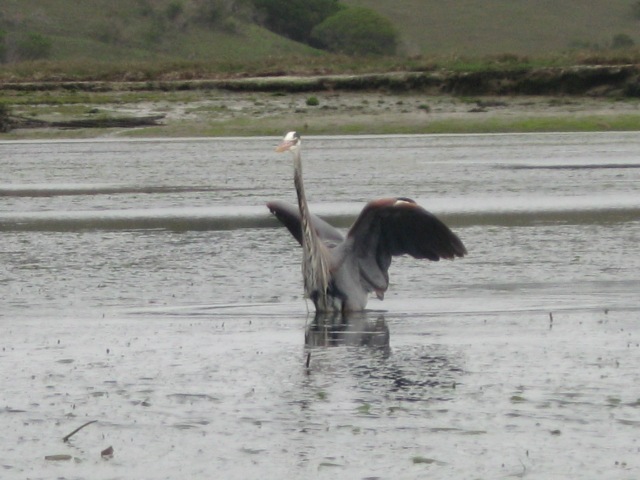 Smile for the camera. Nice teeth! (They love wrapping themselves in kelp and floating on their backs) 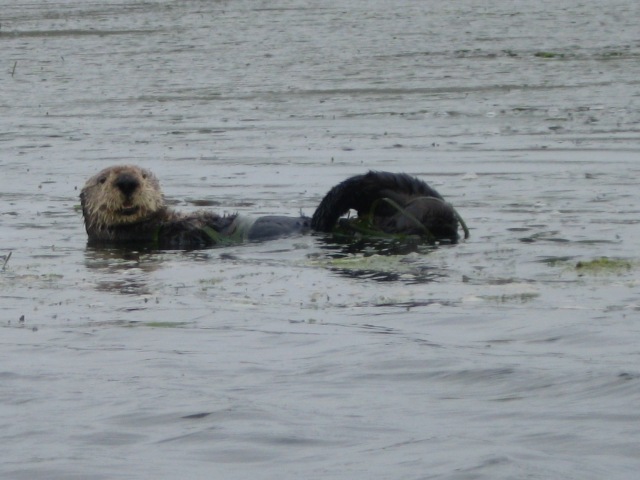 This is actually a pair of otters. The head you see belongs to the body on the left. It was hugging a smaller otter on the right (a large baby, perhaps?) 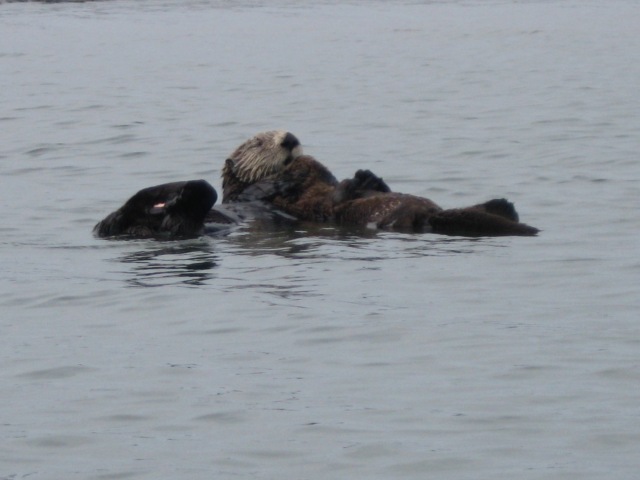 During my 3 hour foray of about 3 miles each way, I saw one group on the shore that appeared to be scientists. In addition to some fancy cameras and tripods, they were carrying a large antenna. I suspected they were tracking a seal or otter that had a transmitter on it. 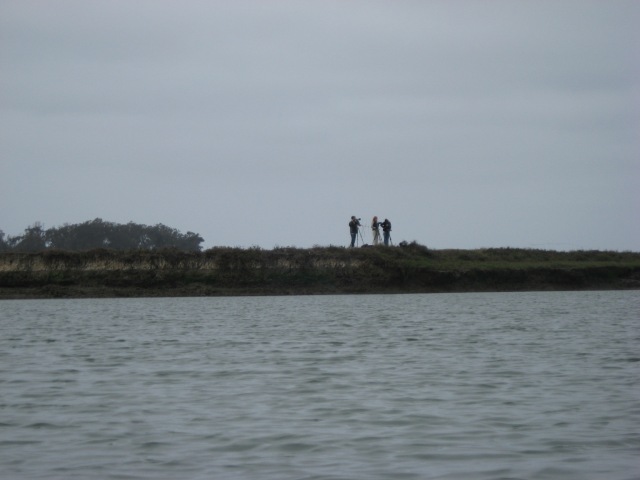 Additionally, there were a handful of other kayakers, plus one larger tourist boat, which was moving carefully and slowly in this protected area 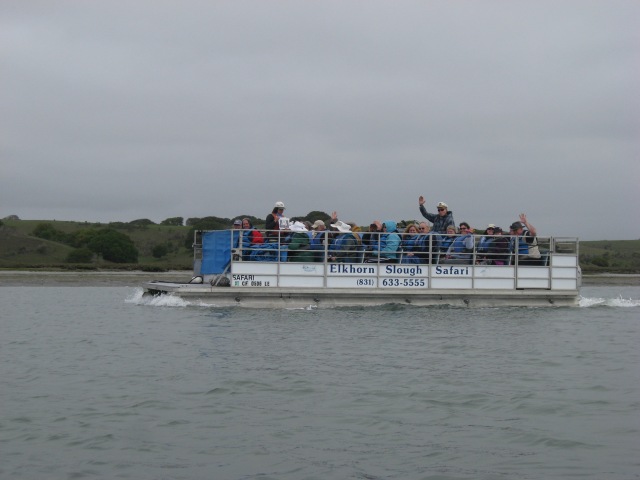 Did I mention there’s a very active dairy farm on the southern shore? It smelled a bit, but I’m fairly certain they’re a “clean” operation and not allowed to have waste runoff into the open water. I suspect it pre-dates when Elkhorn Slough became valued and protected for it’s wildlife. 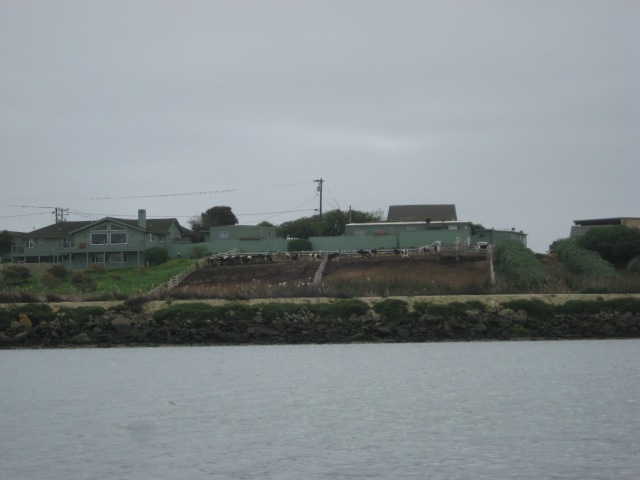 After about 3 miles, where the wide part of the slough goes from “eastbound” to “northbound”, I hugged the right shore and turned around where the smaller “off limits” side channel began. 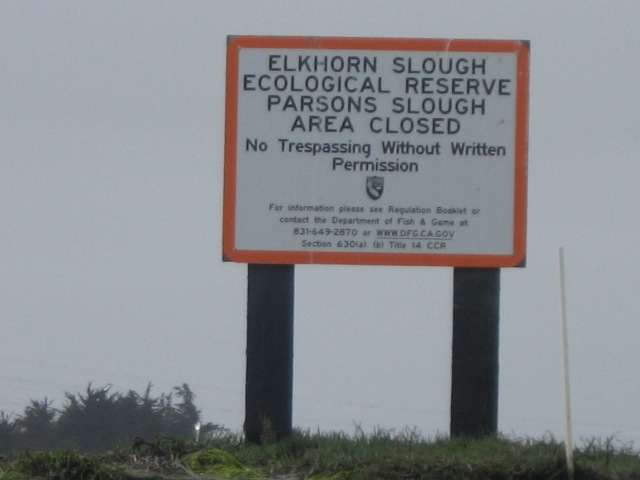 On my return trip, I hugged the right (northern) shore. Right near the Highway 1 undercrossing is a dock that is well known for the many sea lions that hang out in a very noisy and smelly group. The smell of the dairy farm was actually better! 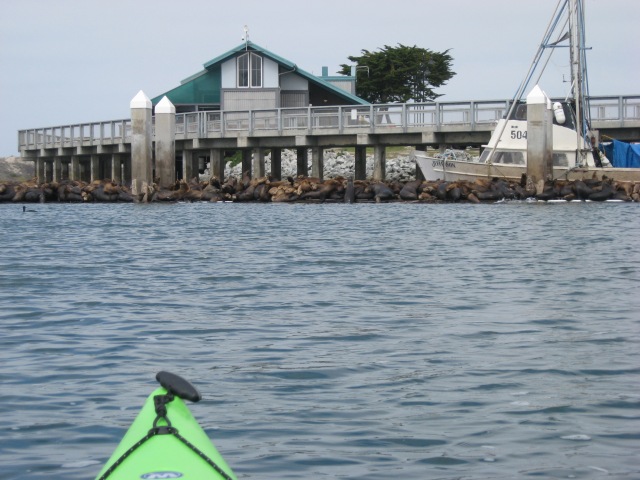 That’s it! Make a reservation for you and your camera, or bring your own kayak to the nearby public launch site. When you’re done, consider checking out Phil’s restaurant a few blocks away http://www.philsfishmarket.com/ They’ve won awards (Bobby Flay’s “Throwdown” and from BBC Travel), but I’ve never been there…yet!