Pacheco State Park has a small sign marker (not the large one pictured above!) on the adjacent Pacheco Pass highway (Highway 152) that connects Gilroy with California’s immense Central Valley. It’s also adjacent to the western edge of the huge San Luis Reservior, which is much more visible and impressive to passing motorists. I’ve had a few friends visit the park recently, so I thought I’d take a look!

A pleasant parking area, with a toilet, trash barrels, and picnic tables. (However…no water and a slightly high “day use” fee of $10)

The park is 6980 acres in size, though only 2600 acres are open, with some portions to the east being leased for wind turbines. Those 2600 acres are certainly enough to provide a long day hike to the southern boundary and back again!

There’s alot of history relating to this land. It was part of a huge Mexican Land Grant, which included the first home ever built in Merced County, in 1843. The property remained in the same family until 1992, when the great-great-granddaughter of Francisco Pacheco donated it to the State. http://www.parks.ca.gov/?page_id=560

This land was a working cattle ranch, up until 1992. Many of fences are still here, and many trails are old dirt roads. This is the beginning of the “Spike’s Peak Trail” from the parking area. Straight up, but not all that steep! 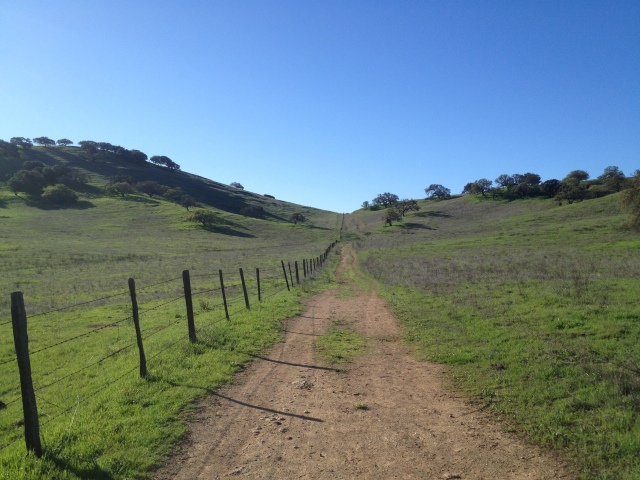 After about a mile, or so, the elevation gives you some impressive views. This view is to the north, with Highway 152’s swath of cars and trucks being visible in the distance.

After about 800 feet of elevation gain, the terrain becomes “rolling ridgetops”, as is familiar to visitors to the nearby Henry Coe State Park. 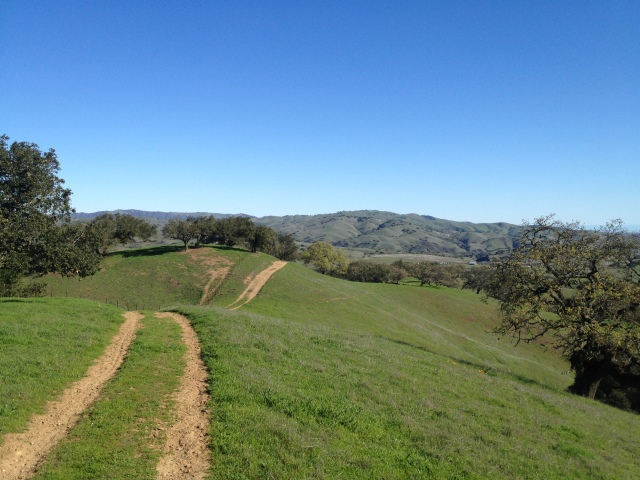 This photo is looking towards the massive San Luis Reservoir. Though my iPhone 4s did not capture it well, there’s a very distinct view of the snowy Sierra peaks, over 150 miles away.

The temperature on this early spring day was in the mid-70’s and the California State Flower (California Poppy) was blooming in full-force! 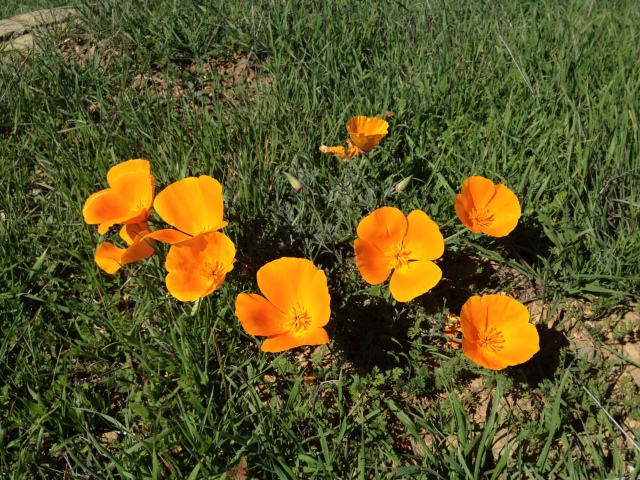 Spike’s Peak (1927 feet) was the primary goal on my first visit. From there, I studied the map and picked my slightly longer route back. 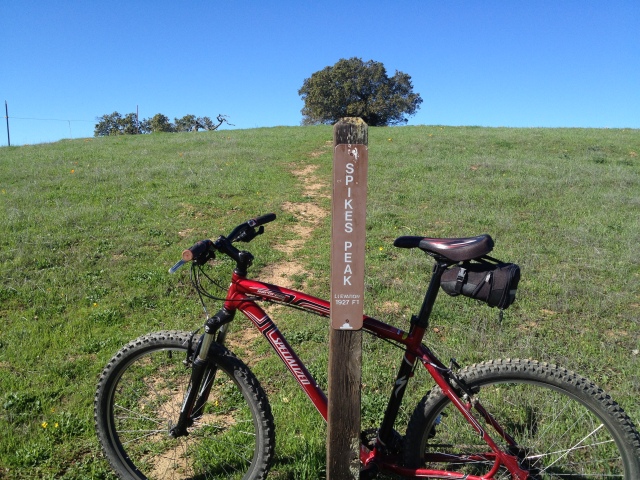 Decisions, decisions! Most trail intersections were marked, but not all. A photocopied map is available at the entry point, but it’s mostly worthless. Scour the internet for a map and/or load-up your GPS before you head out here! 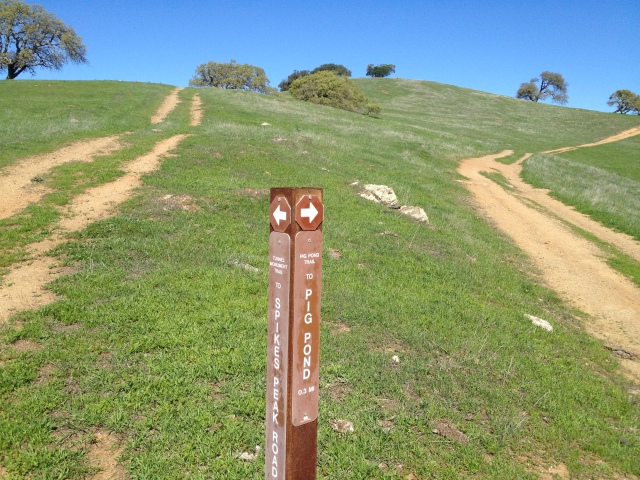 Straight run back to the car, in the distance!

One of the friendly natives: a Pacific Gopher snake, which has a pattern and behavior like a rattlesnake, but without the rattle!

That’s it! Worth a look if you’re familiar with the Henry Coe State Park, or if you want a convenient hiking/cycling spot on your route along Highway 152.