A few weeks back I had a brief Twitter exchange with Specialized Bicycles (@IAmSpecialized) and discovered they have a small museum in their lobby…which just happens to be about 2 miles from one of my “destination brewpubs” http://www.eltorobrewing.com/

Despite the short daylight hours and a late start, I set-off on tuesday, December 17th from Santa Clara. It’s a bit longer than going by car, but I manage to stay on paved trails for ~90% of the route for my own safety. At ~39 miles to the pub, plus an extra 2 miles or so, to Specialized, I rode just a bit over 82 miles for the day. That beat my prior distance record by the extra distance to/from Specialized from http://www.eltorobrewing.com/ The relaxed pace isn’t bad compared to the 100K races I’ve previously done. 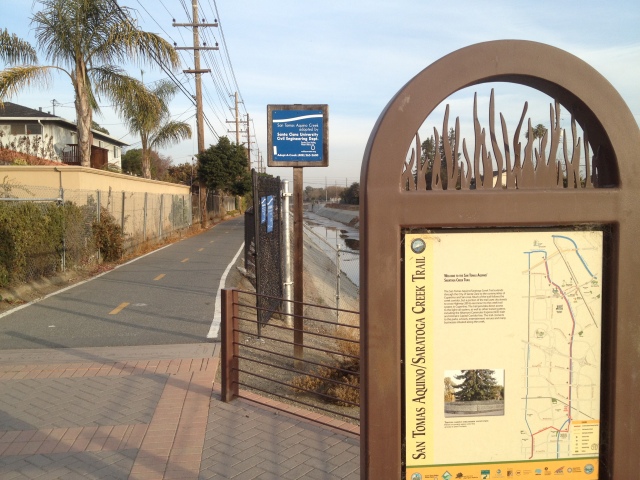 Yet another massive apartment or condo development in North San Jose:

Past the San Jose airport: 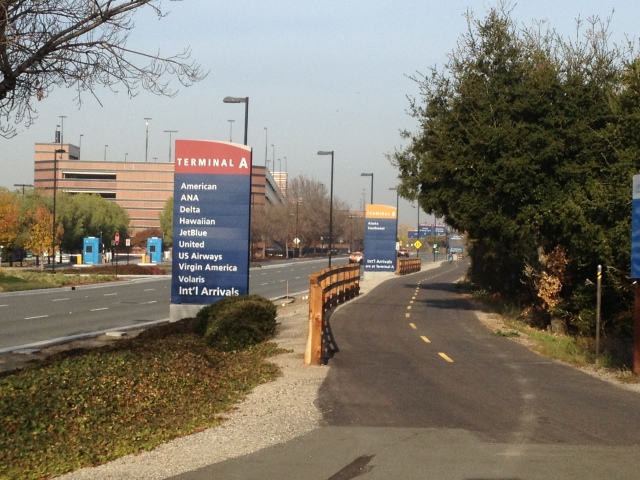 …and out of the city. I LOVE this sign. It’s rare to see trails around here that are welcoming to bikes and not horses. It’s usually the other way around!

This is ASCII for “Santa Clara County”, I believe. I heard it was placed at the geographical center of the county by some IBM engineers. (Note the faint background alphabetical lettering at the center)

…and the lunch reward:

After a burger and 2 pints, I headed through the local streets of Morgan Hill, CA to visit Specialized. Here are a few shots from the Specialized HQ Lobby and their small museum. 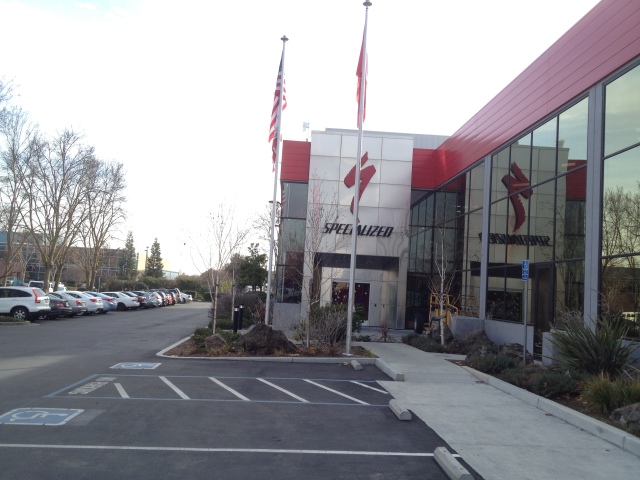 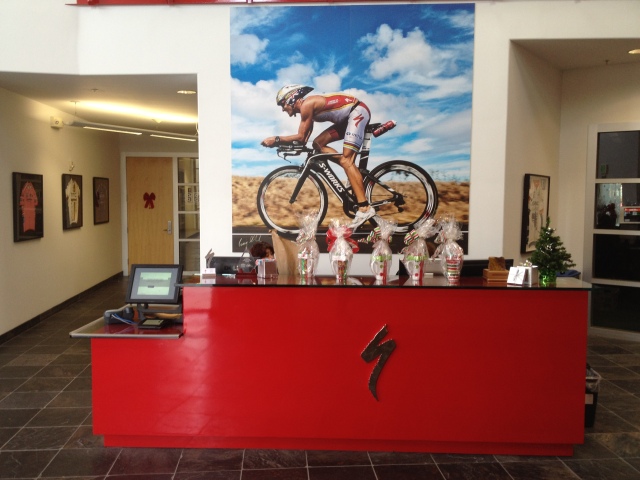 I particularly enjoyed the write-up on the 1989 Epic Allez, which I believe was the first mass market carbon frame (the frame on the right, not the red bicycle!). I was riding my 1991 Epic Allez that day! i really like the sub-20lb weight, plus the classic “skinny tube” look with an aluminum fork and aluminum lugs.

Heading north in the afternoon, with Highway 101 way off to my right. I already knew at this point that I’d get home after sunset, due to my fatigue and the normal afternoon headwind coming down the Coyote Valley. 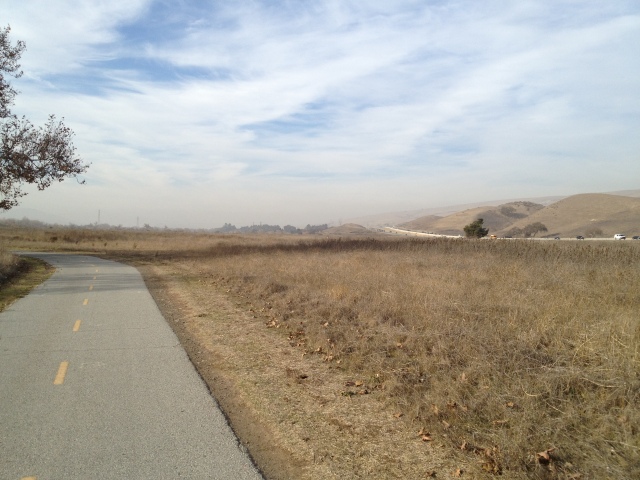 Sunset near the San Jose airport. Arrived home about an hour after sunset. Good ride! 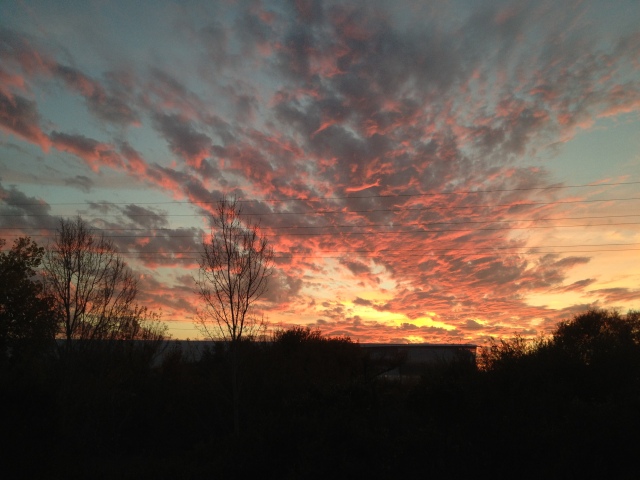 A GPX track from a prior visit El Toro Brewing. In the southbound direction, this route takes Monterey Highway the last 5 miles, which is shorter, but less safe than taking the Coyote Creek Trail all the way to the end. This track does not include the visit to Specialized:
http://www.everytrail.com/view_trip.php?trip_id=2313493