Posted on September 21, 2013 by AlphaRoaming

Some people call them “seats” and some call them “saddles”. So as not to confuse the title of this post with equestrian sports, I’m saying “seat”!

Last week I decided to stretch my recent cycling range beyond the 100km trip I did up to Crystal Springs a few months ago: http://www.everytrail.com/view_trip.php?trip_id=2155621

If I was going to try for 100 miles, it would have to be mostly flat and mostly away from the roads for safety. I had been on the Guadalupe River Trail to downtown San Jose, The Coyote Creek Trail to Morgan Hill, as well as the trails along the San Francisco Bay from San Jose to Palo Alto. Why not link them all together?

I was quite confident of doing 100 miles if I took my time and had no mechanical failures. Should I choose my newer Specialized Mountain Bike with fat 2.1″ knobby tires, or my ~22 year old Specialized Epic Allez carbon frame with skinnny 700-23c tires and weighing half as much? Despite the “old skool” road bike having had some minor issues with the front rim and some occasional broken spokes, I decided I needed the mechanical advantage of the skinny road bike.

(A few days later I wiped-out in a low speed U-turn near the new 49ers stadium. I bent the front rim enough that I have a new one coming in the mail. The rear rim I had recently rebuilt with new spokes and spoke nipples. Reliability problem solved, except for those rusty cables…)

I parked my car a few miles from home, at the beginning of the San Tomas Aquino Creek Trail, so as to avoid busy local streets and crossing Lawrence Expressway. Off I went! 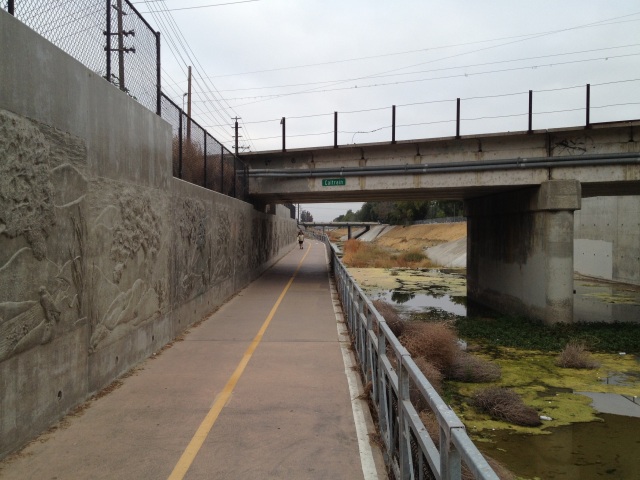 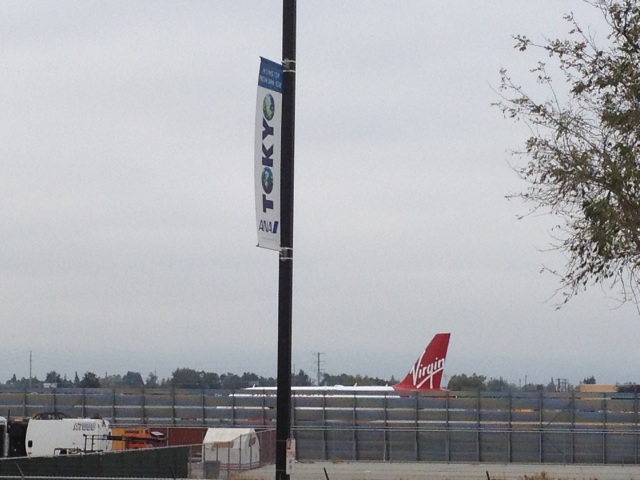 Fron downtown, I proceeded on a few carefully chosen local streets until I picked up the Coyote Creek Trail, just north of Hellyer Park (home of our local Velodrome: a small banked cycling track)

Proceeding south, the trail became quieter and more peaceful EXCEPT for many significant roots and bumps in the pavement. It’s hard to see in photos, but they were jarring bumps on a skinny tire with 100psi. Many of the bumps have been marked with white paint, presumably by frequent cyclists…or maybe it’s early plans for the county to repair them! Either way, they slowed me down and required extra attentiveness.

This odd plaque along the trail was allegedly placed by IBM engineers in the 1980’s. Coded in binary (only in Silicon Valley!) it says “Santa Clara Valley” and is located at the geographical center of the county…or so I’ve heard! 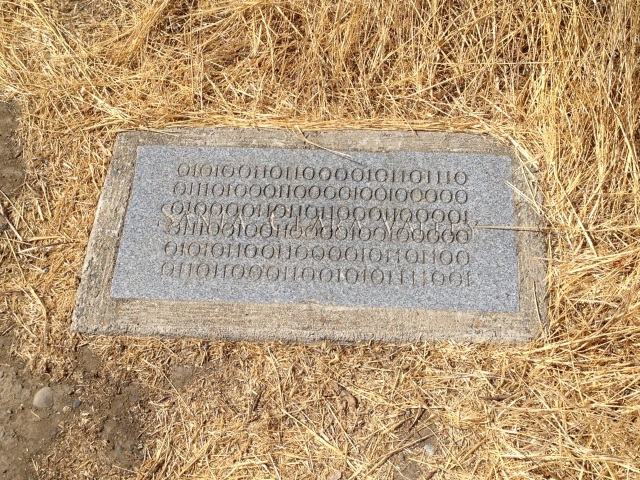 Eventually, 2.5 hours and ~38 miles later, I reached my turnaround point at El Toro Brewing Company in Morgan Hill. http://www.eltorobrewing.com/ I timed it perfectly to match their 11:30 opening time. They welcome cyclists, including a newly installed bike rack. I knew I could find a bite to eat, ice water and a beer, and a clean restroom, while securing my bike.

…well, besides just plain tired, and the weather warming-up to over 80F, the 23 year old seat was digging a bit. It was really skinny and not ergonomic, unlike my mountain bike.

The original plan was to continue past Santa Clara, as far as Palo Alto, then back. That would be an almost perfect 100 mile loop, on the full extent of the major South Bay trails. Tired, saddle sore, and happily exhausted, I instead made the turn back towards the car.

78 miles, at a leisurely pace, some photo stops, a friendly destination, and no issues with my 23 year old bike. A good day!