Every Thanksgiving morning, BEFORE everyone overeats, there’s a spontaneous party in the hills above Los Gatos, California. It starts in front of Summit Bicycles, up several miles of paved public roads, then up a LONG, STEEP hill, known as the “Kennedy Road Trail”. 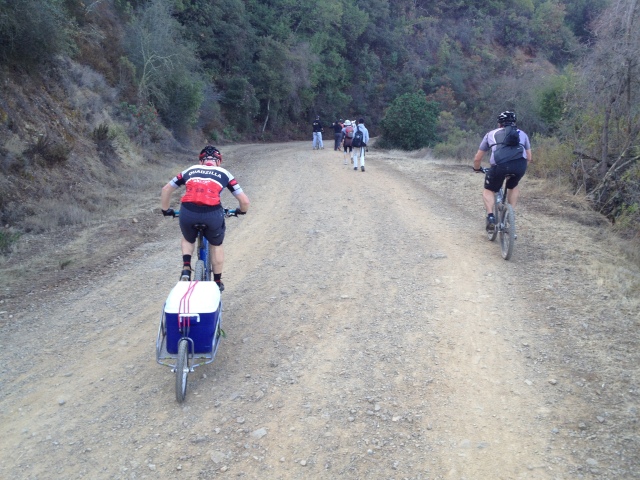 San Jose is down there! 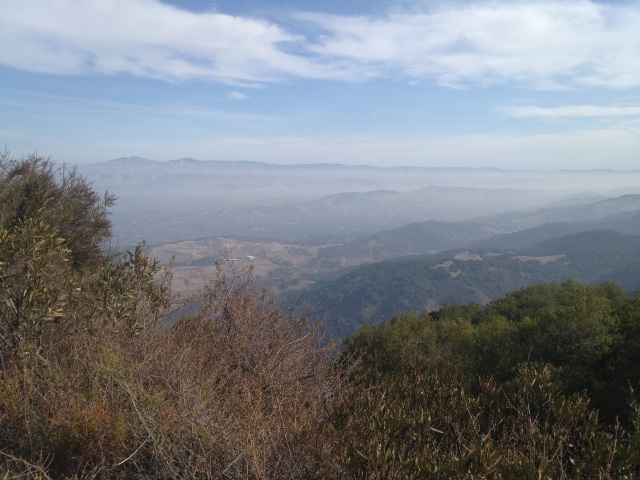 A “mere” 1000+ people bicycle or walk (many with their dogs). At the top of the hill, they share food, drink, and comraderie. It’s totally without leadership, though I suspect that it originated with a small group from the bike shop. Over the years it’s now quite well known, (Obviously! 1000 people show up!), despite no real publicity. The Santa Clara County Sheriff and Mid-Peninsula Open Space Rangers are present and visible. The law enforcement presence is quite laid-back and friendly.

This picture is a fraction of the total crowd, which lines this desolate trail for a good 1/4 mile. 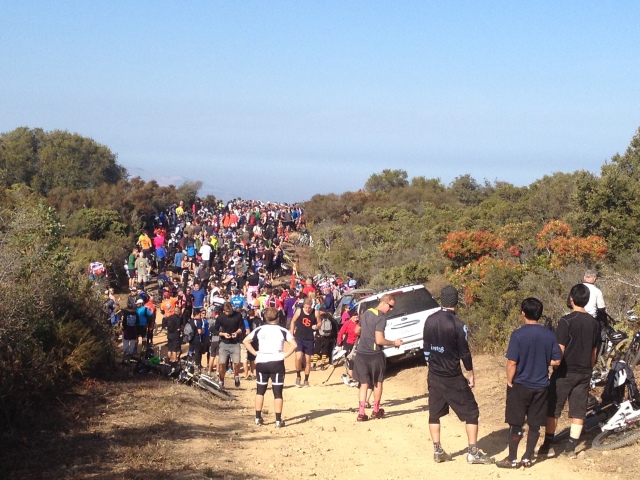 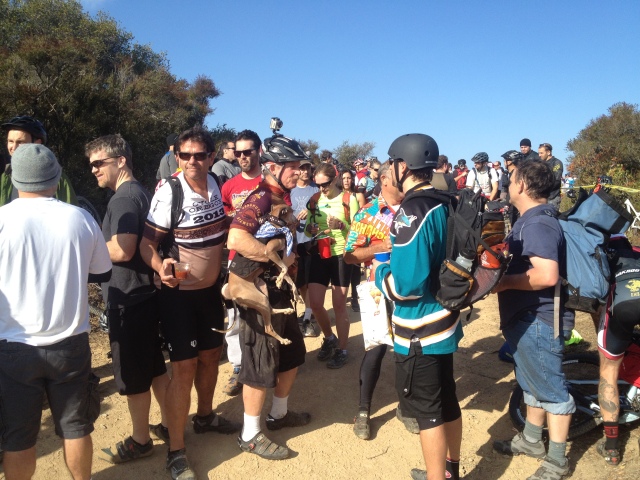 Fun it was! On the way up I stopped to rest a few times, as did many others. I was in awe of the handful of much stronger cyclists who towed bicycle trailers with a roasted pig, a cooked turkey and an occasional case of beer. 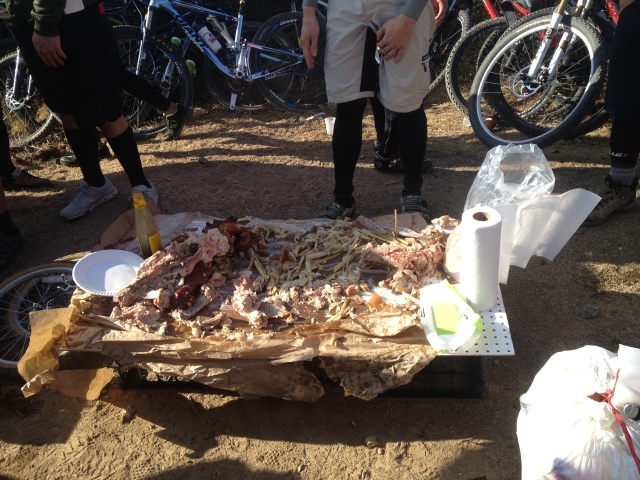 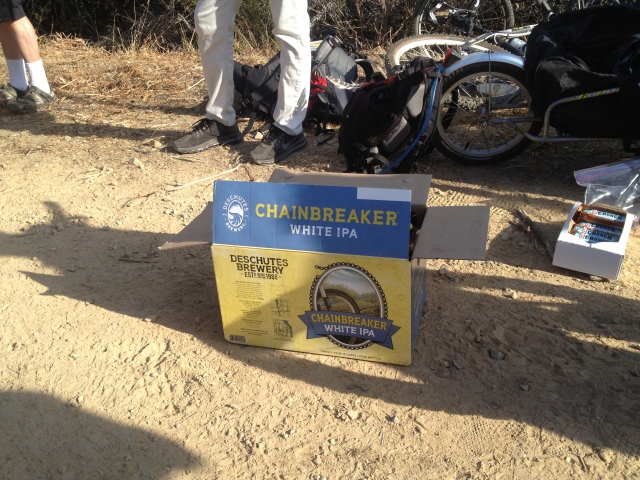 “Turkey Trot” 5K and 10K runs are popular down in the valley, with one in San Jose drawing about 25000 participants. If you own a mountain bike, or enjoy a hike up a big hill (~2000 feet vertical), put this on your calendar instead! No entry fee, no souvenir t-shirt, no “sorry registration is closed”, and lotsa fresh air…bring a few friends and have a little party at the top!

(Rule #1 is strictly enforced. The other two are difficult to enforce, though I didn’t see the “car-battery-powered-margarita-blender-on-a-bike-trailer” this year…Watch for few fools zooming down on their bikes, too.) 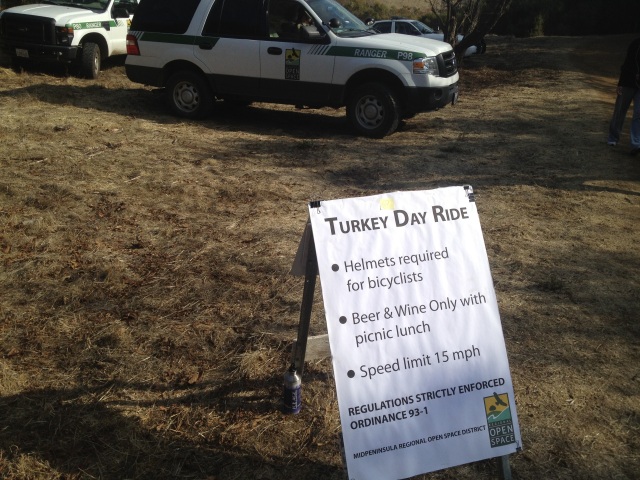